I had my rough-in inspected, though the inspector didn't say anything about it, and was mostly concerned that it wasn't leaking (it's not, and it's been there for about a year). But there's a bit of space between the pipes (perhaps 1/2") and I'm concerned they could come out of alignment (and I think you can see already the alignment is not quite perfect, though it was previously a continuous pipe; I could definitely force an alignment to make a rigid connection). The earthquake risk here is pretty minimal, climate zone 2, dirt is super rocky, some box elder trees in the yard not particularly close but with spreading root systems. 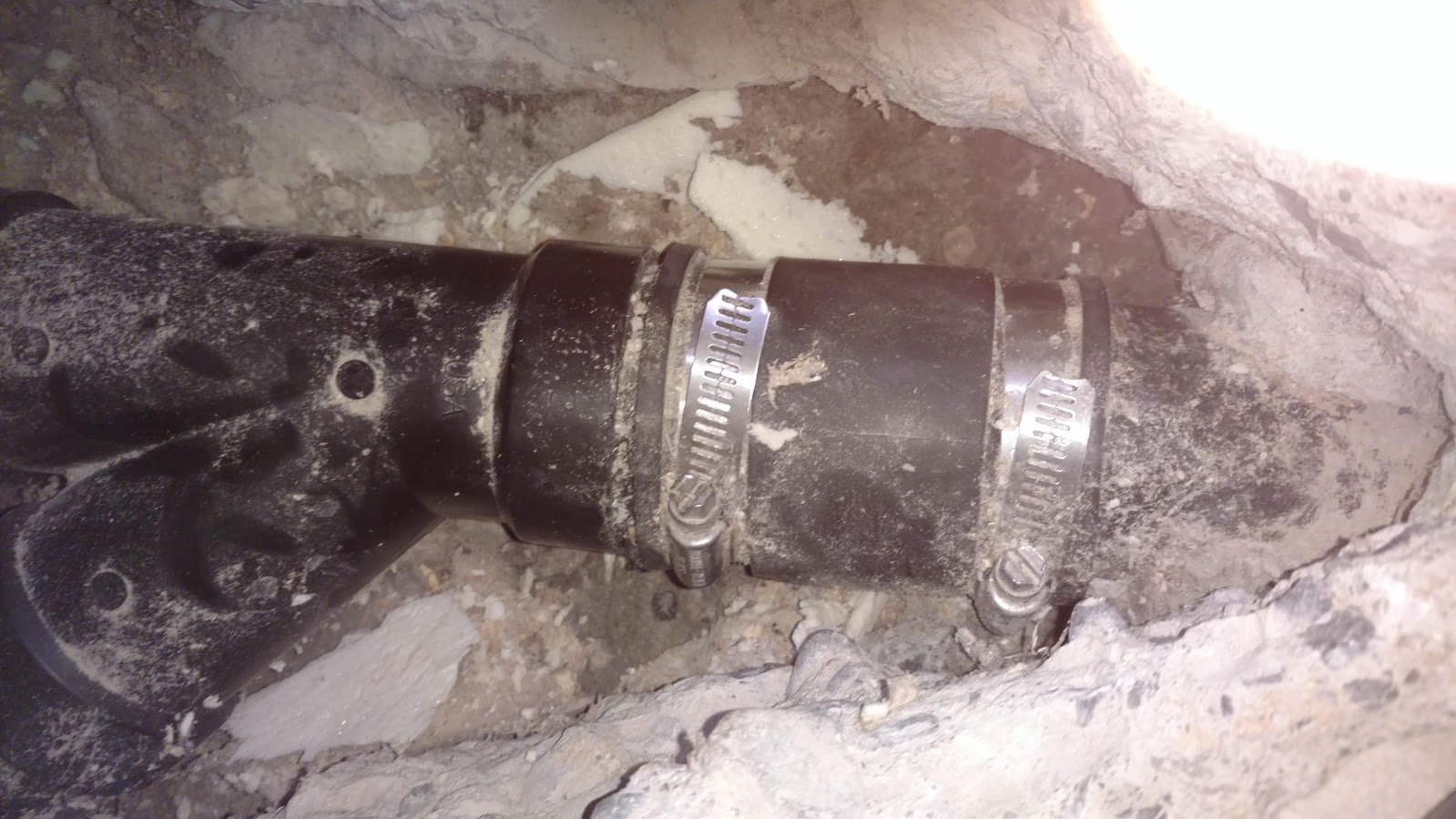 Wye visible on the left to accommodate the drain I added; before I cut in, the ABS pipe was continuous. The entire length of pipe is underground below the concrete floor.

Are you looking for the answer?
Original Question and Possible Answers can be found on `http://diy.stackexchange.com`
Question Tags: abs, drain, plumbing, remodeling